Here is a list of the leading countries in renewables…

Pakistan were late starters in the world of Solar Panels only starting in 2012, but they quickly climbed into the top 10.  The Quaid-e-Azam solar park will be completed this year and once ready it will be the largest of its kind and will have a massive capacity of 1GW.

Our friends in Oz have been producing large scale solar energy since 2009 and they have nearly 20 solar projects each with a capacity exceeding 1MW.  Australia have a great opportunity in the solar panel industry because of its high temperatures and mountains of sunlight.

Just ahead of Australia, is France, a country with a strong economy. Last year, President Francois Hollande met with India’s Narendra Modi to lay the foundation stone for the International Solar Alliance (ISA).

Italy is different to the other countries on this list because it doesn’t depend on other countries such as Russia. It is also possible for them to surpass their 2020 target.

Germany is the top of the news when it comes to renewable energy with Berlin making a breakthrough with state government in renewable energy reforms. They are aiming to ensure that by 2050, they will have have at least 60% of energy coming from renewable sources and only 40% of the energy from burning fossil fuels like oil, coal and gas. Furthermore, this year, Germany are breaking their own solar records.

India has done incredibly well to be this far up the list and only have entered the world of solar in 2011. They are predicted to make massive leaps in the renewable business by 2020, as the World Bank have provided $1 billion already this year. Though being a less developed country on this list, they are certainly setting a great example.

Japan are known for their ingenious technology, so it is no surprise that they were and early adopter of the solar business. Japan is famed for its Solar Ark building which was the built in 2002, long before most countries had adapted to the upcoming solar generation. Furthermore, the worlds most efficient solar panel was recently made by a Japanese country

The USA has the perfect temperature and enough wealth and technology needed for a huge solar revolution, however, the political side of America are not on board and President Donald J. Trump has threatened to withdraw the US from the Paris agreement so the future of renewable energy in the USA is uncertain.

China doesn’t win the prize for the most environmental country in the world with all the factories and waste but the country is already at the top of the list with it expanding its solar capacity by 81% last year. Imagine what it could be capable of! 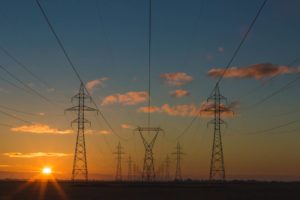 Discover which suppliers are offering the highest export tariffs for your excess solar. Check out our comparison table. 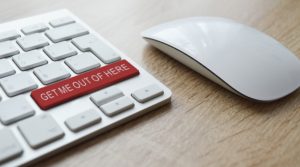 How to steer clear of industry con-artists

The top five things to look out for, to avoid scammers, when researching renewables for your property.